With FRANK technology integrated into your Fortress solution, monitoring of interactions including their date, time, and frequency, can be easily recorded as event data.

Assign Permissions to Machine functions and access to specific Individuals

Use of a Manual Reset Function

“How frequently are operators using an auxiliary release on the locking mechanism at an entry point?” 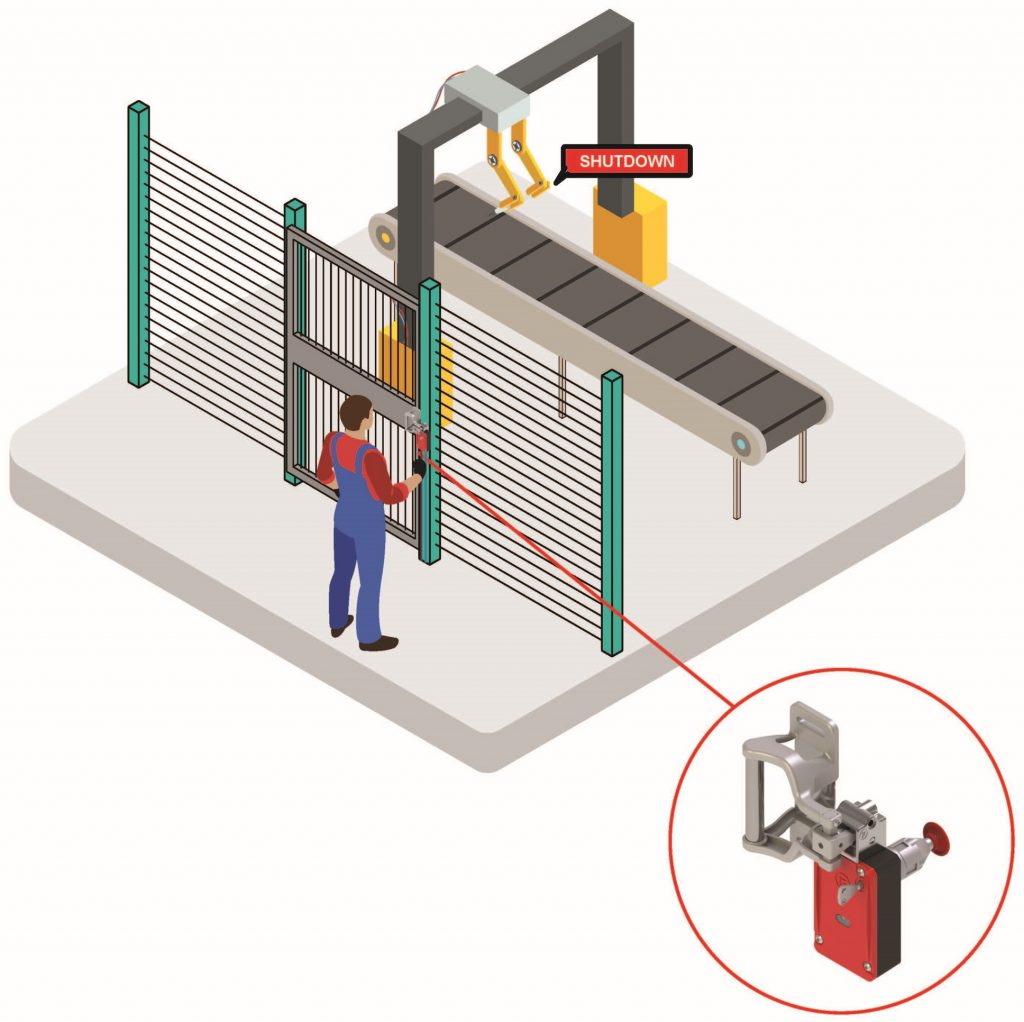 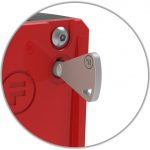 The use of an auxiliary (or emergency) release should be very rare. Operating this function whilst a machine is running can perform a machine stop command, but does not protect the operator from any residual hazardous energy as it comes to a controlled stop. Monitoring of this function is pre-installed in all ‘FRANK enabled’ Guard Locking Interlocks.

“How can interaction data be used to detect Auxiliary Release Operation?”

All FRANK enabled products are supplied with a ‘Byte Map’ or ‘Memory Map’ dictating the position of inputs and outputs. The head and solenoid monitors will be pre-assigned to the non-safe inputs as shown below (for both PROFINET and EtherNet/IP connections).

Event data will capture the use of an auxiliary release mechanism under two functions and associated with the relevant Location, Date and Time;

“How frequently are operators becoming trapped inside the safeguarded space?” 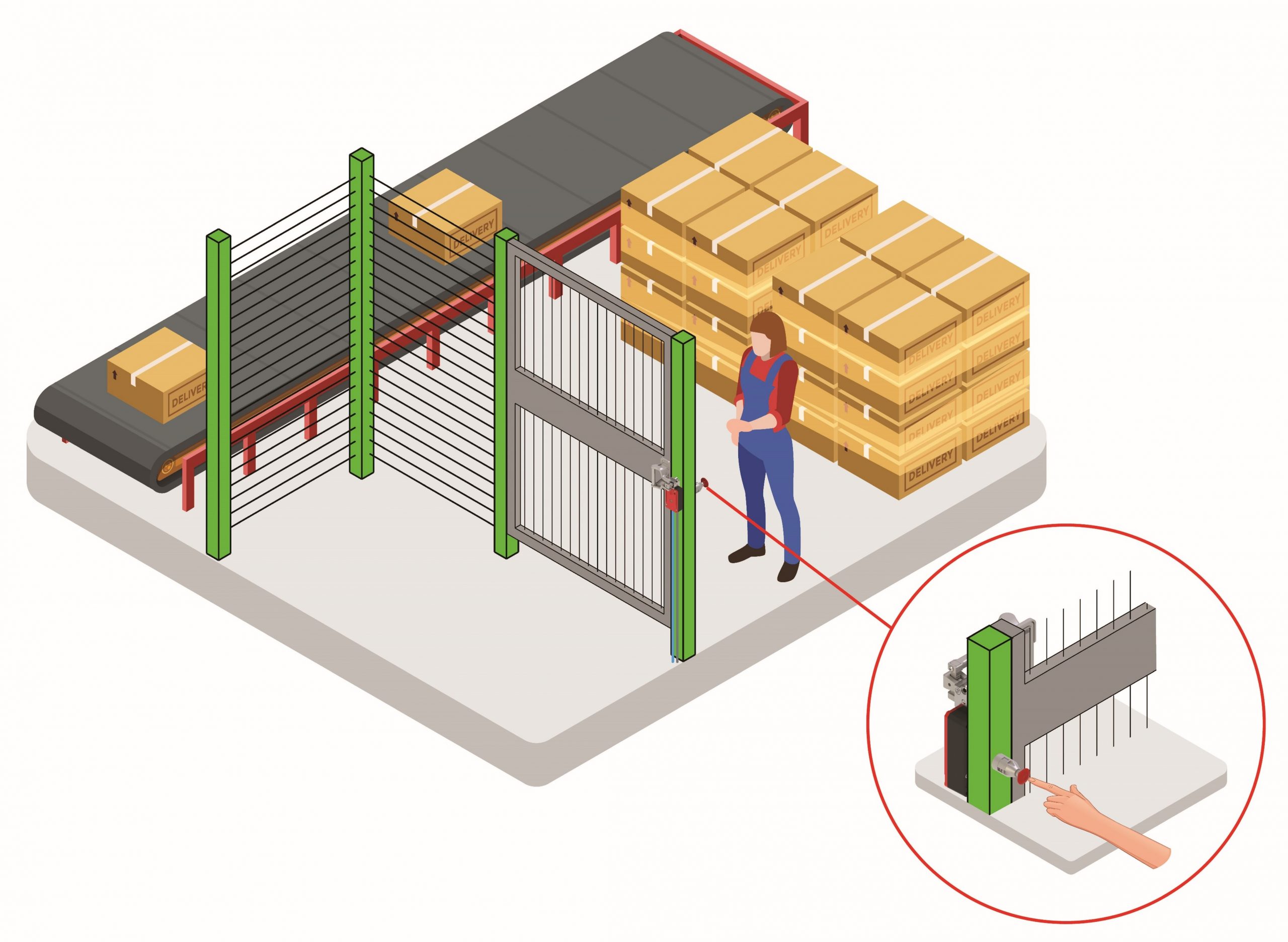 An escape release is typically used in cases of emergency to override the locking mechanism on a guard locking device and open the door to egress a hazard. Similar to an auxiliary override or emergency override, this can be used to perform a machine stop command, but instead of emergency entry, is for emergency exit suggesting ‘something has gone wrong‘. Monitoring of this function is pre-installed in all ‘FRANK enabled’ Guard Locking Interlocks.

“How can interaction data be used to detect use of an Egress Function?”

All FRANK enabled products are supplied with a ‘Byte Map’ or ‘Memory Map’ dictating the position of inputs and outputs. The solenoid monitor will be pre-assigned to the non-safe inputs as shown below (for both PROFINET and EtherNet/IP connections).

Event data will capture the use of an escape release slightly differently depending on the type of mechanism implemented – single action or dual action escape release – and associate it with the relevant Location, Date and Time;

“How frequently has the Emergency Stop function been used?” 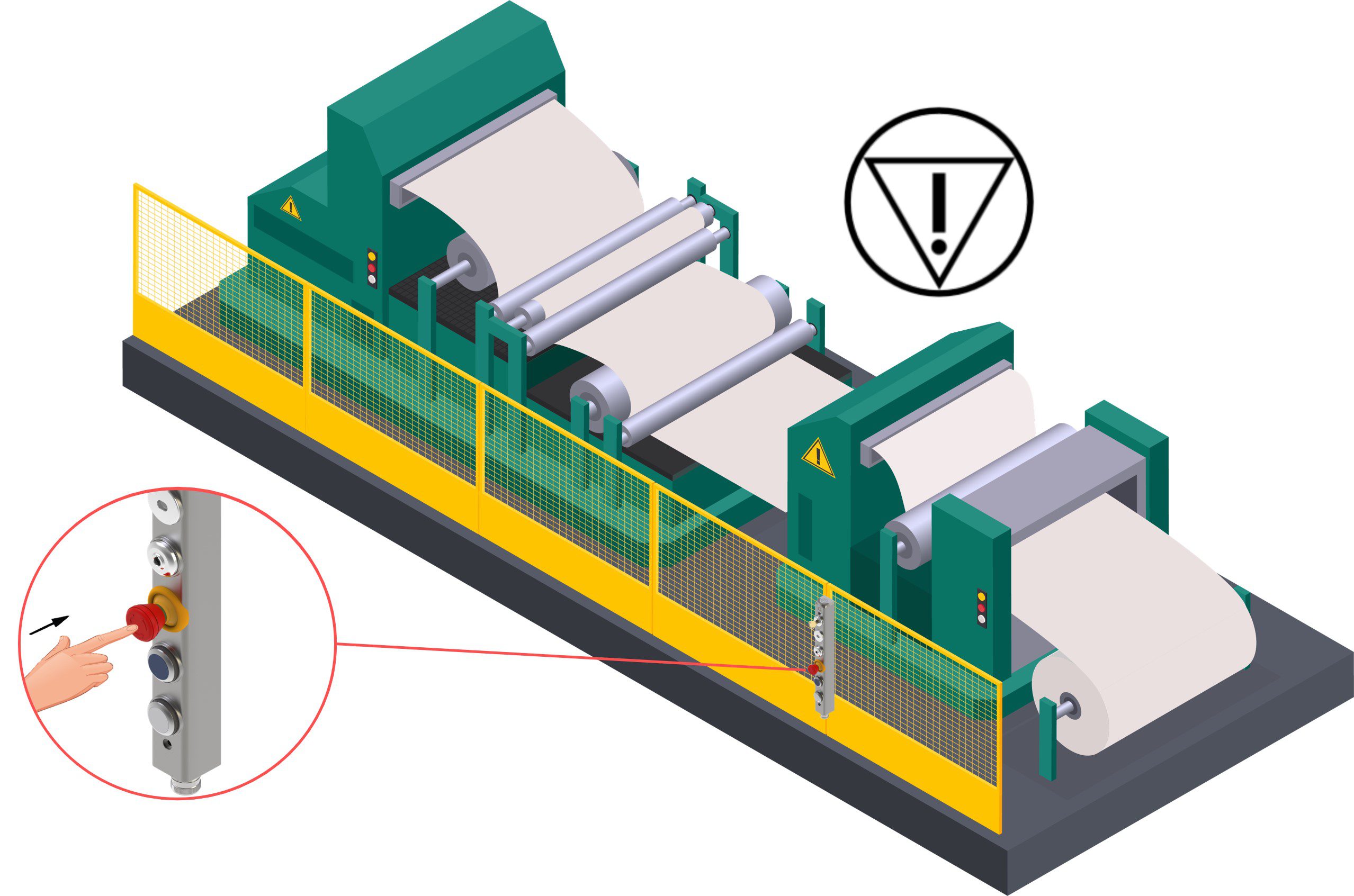 According to BS EN ISO 13850, the ’emergency stop device [is used to] initiate an emergency stop function… [and is part of the] safety related parts of the control system’. The use of an emergency stop is intended for urgently ending or averting a hazardous situation, therefore its’ operation is often recorded for facility auditing.

“Looking for an easy way to track Emergency Stop Activation?”

Emergency stop monitoring bytes are located in the Safety Inputs under Byte 0, bits 4&5.

The emergency stop utilises a dual-channel safety input position on the Fortress device. Monitoring of Estop operation can be associated to both individual inputs or just one in an ‘I/O Monitoring’ scheme. This can be navigated via the FRANK local access. In Safety Input, the Estop inputs can be monitored by renaming Safety_Input 0_4 and 0_5 and applying this monitoring to the relevant locations and devices.

Event data will capture the the activation and reset of an emergency stop and associate it with a specific Location, Date and Time. Where ‘Safety_Input 0_4 and 0_5′ have been named Estop_Activation1 and Estop_Activation2, event data can be collected for;

We use cookies to anonymously learn how our visitors use our site, so that we can improve it.We hope you don’t mind! Read more about our Cookie Policy.
RejectContinue
Manage consent

This website uses cookies to improve your experience while you navigate through the website. Out of these, the cookies that are categorized as necessary are stored on your browser as they are essential for the working of basic functionalities of the website. We also use third-party cookies that help us analyze and understand how you use this website. These cookies will be stored in your browser only with your consent. You also have the option to opt-out of these cookies. But opting out of some of these cookies may affect your browsing experience.
Necessary Always Enabled
Necessary cookies are absolutely essential for the website to function properly. These cookies ensure basic functionalities and security features of the website, anonymously.
Functional
Functional cookies help to perform certain functionalities like sharing the content of the website on social media platforms, collect feedbacks, and other third-party features.
Performance
Performance cookies are used to understand and analyze the key performance indexes of the website which helps in delivering a better user experience for the visitors.
Analytics
Analytical cookies are used to understand how visitors interact with the website. These cookies help provide information on metrics the number of visitors, bounce rate, traffic source, etc.
Advertisement
Advertisement cookies are used to provide visitors with relevant ads and marketing campaigns. These cookies track visitors across websites and collect information to provide customized ads.
Others
Other uncategorized cookies are those that are being analyzed and have not been classified into a category as yet.
SAVE & ACCEPT

To have access to all our technical resources, please enter your details here and sign-up to MyFortress.